THE RESULTS OF THE PRIZE GAME OF ELKOLEKT “LET’S RECYCLE AND GET REWARD” CONFIRMED A HIGH ENVIRONMENTAL AWARENES OF THE CITIZENS OF THE MUNICIPALITY OF BEROVO.

In the Incubator hall in the municipality of Berovo, on December 26, 2016, the three prizes were awarded by Elkotect, in front of a large auditorium.

The Municipality of Berovo is seriously determined to take all measures to clean from electronic and electrical waste.

The Mayor of the Municipality of Berovo, Mr. Dragi Nadzinski addressed the event, was pleased to note that the citizens of Berovo municipality are more aware of the need for proper management of electronic and electric waste and gladly accept activities and participate in projects of public interest.

Mayor Nadzinsky expressed his satisfaction with the high professionalism and organization of the Elkolekt team and thanked Elkolekt for the cooperation so far, referring to the success of this eco-action, translated through a prize-winning game for motivation and reward of conscientious citizens.

Commendable words were not missing also from the present representatives of Elkolekt who pointed out that the municipality of Berovo was leading the serious approach to the management of electronic and electrical waste and that the interest of the citizens on the topics related to the improvement of their municipality regarding the preservation of the primacy of an ecologically healthy environment.

The Elkolekt Prize Game “Let’s Recycle and Get Rewards” started on November 28, 2016 and ended exactly in the holiday period of the year in gift time.

Exactly in this nice festive period, Elkolekt added extra joy. The most successful were the winners of the prize-winning coupons that attended the draw and immediately picked up the prizes. The awards were drawn by participants from the audience, and the regularity was followed by a three-member jury consisting of two members from the municipality and one representative from Elkolekt We would sing the joy of the young Martin whose father Tony was one of the luckiest participants with the largest number of left electrical and electronic appliances in the eco warehouse of Elkolekt in the municipality of Berovo, and thus gained the highest number of coupons for participation. The young Martin was visibly pleased when exactly one of his father’s coupons was drawn for the laptop prize – Martin’s most anticipated award. Martin’s lucky family has entrusted us that they own a repair service for electrical and electronic appliances and that those old and obsolet computers left in the eco warehouse of Elkolekt brought a new laptop to Martin.

Interesting was the conversation with the winner of the vacuum cleaner who, in order to participate in the prize-winning game alongside an old washing machine in the eco warehouse of Elkolekt she also left her old vacuum cleaner.

These are certainly evidence that happiness finds its way. Engagement and dedication bring forth fruit. The biggest benefits are for all, and that is a clean healthy environment.

Through the prize games and socially responsible activities organized locally, the company Elkolekt wishes to thank the citizens who leave their electrical and electronic waste at the prescribed places, and at the same time to encourage the others to remove this type of waste from their domestic or business premises, reminding the necessity of preserving the environment and human health. 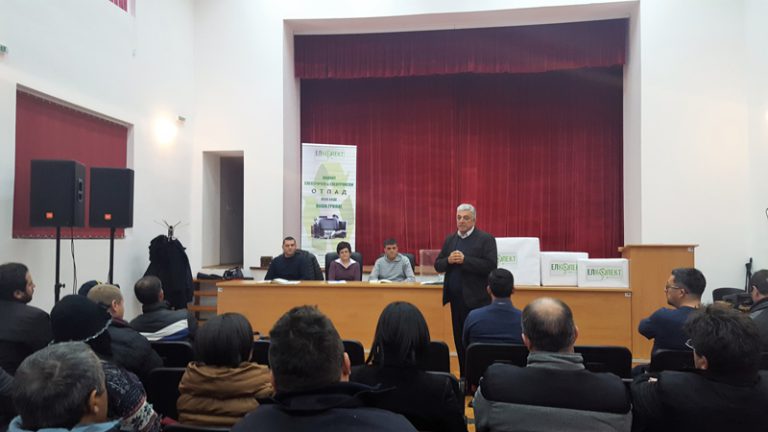 Winner of the “Creators of the century” award

March 25, 2019
We use cookies on our website to give you the most relevant experience by remembering your preferences and repeat visits. By clicking “Accept All”, you consent to the use of ALL the cookies. However, you may visit "Cookie Settings" to provide a controlled consent.
Cookie SettingsAccept All
Manage consent