The fastest growing type of waste in the world "e-waste" 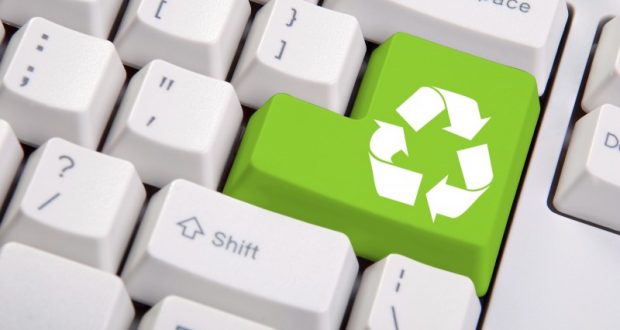 Pollution is already a well-known term around the world and a topic of many debates. The awareness of the citizens grows, and therefore their awareness of the selection and management of their own waste. However, globally, a really large number of people, out of habit or uninformedness, still throw their old electrical and electronic appliances and batteries into the waste bin together with food and organic waste.

Owing to rapid changes in technology, consumer habits and price adjustment by manufacturers, worn-out electronics has become the fastest growing type of waste in the world.

By 2017, people around the world threw about 40 billion tons of waste annually, equivalent to the weight of 126 Empire State Buildings. Globally, people threw 42 million tons of e-waste in 2014. This number is expected to increase. In 2017, the volume of e-waste worldwide will weigh as many as 8 major Egyptian pyramids, according to the United Nations. The list of electrical and electronic appliances that are most often replaced with new in the world, and in our country, are led by mobile phones, mostly due to the rapid advancement of technology and the desire of people to own the "latest" model, small kitchen appliances, monitors, TVs, accumulators, batteries, etc.

Citizens are interested in being informed about the importance of selecting waste, as well as the harmfulness of this type of waste if it is found in our environment.

The goal of the company is to establish a functional system that is close to the citizens and is in service to the citizens, as well as achieving the National goals for processing and reuse of waste electrical and electronic equipment.

Throughout the process of achieving the goals, the possible negative impacts and consequences on human health and the environment are also reduced.

You can find the location of the nearest Eco-warehouse to you, where you can leave your e-waste, on the website of Elkolekt (HERE).